The rise of the art of DJing has come with the rise of new techniques, skills, and methods for mixing, cutting, chopping, and changing tunes to create different types of effects and transitions.

DJs have been experimenting for decades now – the art of DJing is more advanced than ever and the standards are insanely high.

Modern DJs need to add more tools to their arsenal, they need to think out-of-the-box when it comes to adding creative components to their mixes.

There are tons of DJ techniques, so do you think you know them all?!

Maybe you do, or maybe you haven’t heard of harmonic mixing.

Harmonic mixing is an advanced DJ technique that has become easier and more accessible thanks to some superb DJ tools such as Mixed in Key.

Nail harmonic mixing and you can really elevate your mixes to a new level.

What is Harmonic Mixing?

Music is created from sound waves that have specific vibrational qualities.

When these sound waves vibrate in overlapping or similar ways, they harmonize together.

To organize these harmonies, music is composed in keys. Each key has a distinct set of harmonies – pitches, and notes which are naturally compatible with that key.

Harmony glues sound together. Play any selection of 2 or 3 notes on a keyboard and you’ll quickly see which ones harmonize and which ones clash. Dissonance is the opposite of harmony and occurs when notes clash and oppose each other.

Drop two very dissonant tracks and you face the risk of ruining your mix!

If you mix a lot of melodic tunes, you’ll have almost certainly mixed two or more tracks that simply do not work together. The melodies might clash and sound weird, muddy, or otherwise nasty.

Vocal lines are amongst the worst offenders – mix two vocals out of key and all hell will break loose! Lead synths and other heavily melodic content can also become very messy when improperly mixed.

That said, pretty much any sound can sound out of key or dissonant. Even drums have harmonies and pitch values and sound best when mixed harmonically. Learning harmonic mixing = leveling up as a DJ.

You’ll be able to gear the energy of your set up and down to get the dancefloor moving at the optimum intervals.

Take your mix from darker, more atmospheric beginnings to soaring, high-energy dance floor slammers. You’ll be able to control the melodic content of your mix rather than just venturing in blind.

This is crucial for genres with high melodic content – if you accidentally go from a high-energy upbeat tune to a downbeat, atmospheric song then you could kill the energy of your entire mix!

There are tons of reasons to try harmonic mixing:

First things first, you’ll need to know and understand the keys of your tracks.

Keys refer to groups of notes that are harmonically related.

If you don’t have music theory knowledge then don’t worry – you really don’t strictly need to know anything about music theory to practice harmonic mixing.

For reference, the major and minor scales are as follows:

The major scale keys are generally upbeat and energetic. Any happy-sounding upbeat tune is likely produced in a major key.

The 12 keys of the major scale as follows:

The minor scale keys are generally more downbeat and darker.

The minor scale is as follows: For DJs that don’t have musical theory knowledge, the Camelot Wheel mixing system was developed to make keys and harmonic mixing much easier to understand and execute.

On the Camelot Wheel, there are 24 segments, all of which represent the 24 keys above.

Once you take a look at the Camelot Wheel, you’ll be able to visualize how each key is related to other keys.

The first technique for harmonic mixing is to stay in the same key.

You can stay in the same key for periods of time to keep your mixing steady and stable, perfect for the middle of a set where you want to keep the music coming thick and fast without too many switch-ups.

It’s not wise to switch keys all the time. A nice steady period of same-key mixing keeps energy levels very consistent and you can mix in and out of tunes naturally without worrying too much about whether or not they’ll clash.

Probably the most basic technique with the Camelot Wheel is mixing between immediately related keys.

Each key on the map touches 3 other keys, by mixing between these keys, you’ll keep your mix smooth and harmonic but also evolving and shifting.

If you switch from minor to major or vice versa then you’re performing a major/minor shift.

Minor tunes are darker, you’ll probably find them more serious or melancholy in tone and timbre. You can switch a minor tune to a harmonically related major key to bolster the mix energy without compromising harmony.

The same is true in reverse. Want to tone things down from an energetic major-key tune? Then switch down to the minor ring, and you’ll be able to work up from there before switching back to major.

Whilst each minor or major segment will touch two other segments from the same scale, they will only touch one from the opposite scale.

Mixing between major and minor keys in a sequence is pretty simple, but you’ve got to bear in mind that you can’t move immediately up from minor to major.

Experimentation, as always, is crucial and you’ll have to check over your tracks to see how they sound when mixed harmonically.

It’s also important to bear in mind that songs can change in key. The most common key change would be a shift up in key, probably occurring later in the track.

So long as the key change is still harmonically continuous, this shouldn’t really change how well your songs mix. It might even sound totally awesome – there’s only one way to find out!

Absolute key changes occur when you transition from the equivalent major to minor keys.

They can be quite dramatic and can really change the pace and development of a mix, particularly if you shift up in key to a song with greater energy or a driving rhythm.

For example, F-major is 7B on the Camelot Wheel and its minor equivalent is F-minor, which is 4A.

To get from F-Major to F-minor, you subtract 3 and switch the letter.

This might seem tricky to execute, but if you plan your mix in advance and experiment with absolute key changes then you can come up with some seriously dramatic and impactful melodic mixes.

The rules are there to be broken and dissonant mixes can work, particularly if both tunes are quite dark.

There are lots of dissonant combinations that may or may not work – you just have to experiment and find out.

Every song is like a piece of the puzzle that will likely have a perfect fit. With experimentation and critical listening, you’ll be able to craft harmonically powerful mixes like the pros.

Open Key is a different key annotation system that is incredibly similar to the Camelot Wheel – pretty much identical.

Other than that, the numbers and keys are exactly the same.

How to Integrate Harmonic Mixing into your Mixes 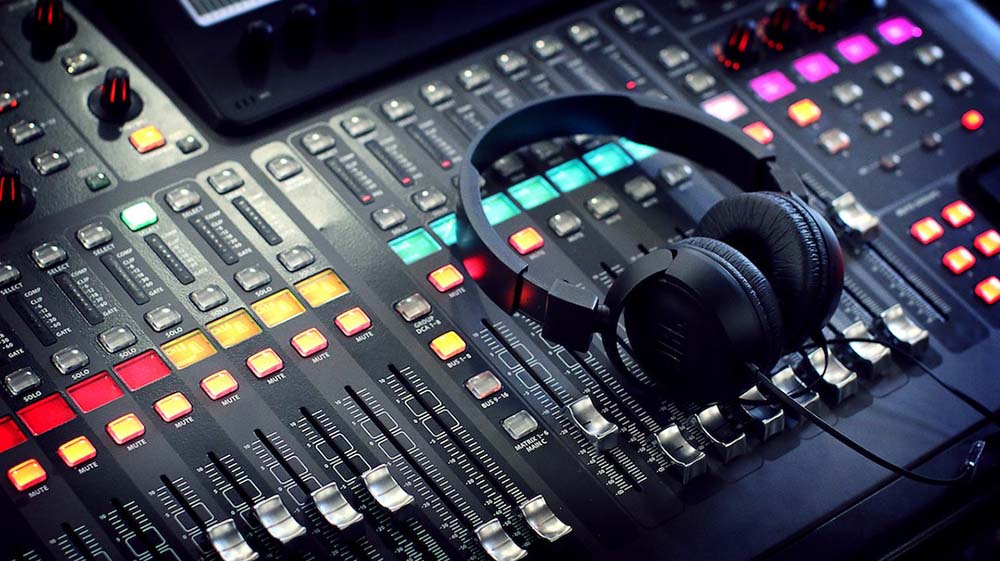 To try harmonic mixing yourself, you’ll first need to find the keys of your music and write these to the tunes so you can find and sort them in your DJ software.

The main DJ software names, Serato, Traktor, and RekordBox, all let you analyze your music for keys when you analyze for BPM, etc. These can be displayed as a library filter, allowing you to view the key of a track besides BPM, genre, and other tags.

Analyzing a track will find the key and write it to the song’s ID3 data. You’ll then be able to sort by key to find keys that are directly adjacent or next to one another, or use more advanced harmonic mixing techniques.

Writing Keys with Mixed in Key

Mixed in Key software analyses music using their state-of-the-art harmonic algorithms so you can write those keys to the ID3 tags of your music.

You’ll then be able to open up your library and view the Camelot Wheel key.

The Camelot Wheel system is advantageous because you can check and analyze your tunes in Mixed in Key prior to writing them to tags. The in-built algorithms on RekordBox, Traktor, and Serato are not as reliable as Mixed in Key.

Once you’ve got your keys written, it’s just a matter of constructing a mix in reference to the Camelot Wheel (or Open Key wheel), and then testing out your transitions. It’ll be pretty easy to hear when things are slotting into place harmonically and the results are worth the effort!

Mixed in Key also analyzes tunes for their energy levels (from 1 to 10). This makes it even simpler to execute harmonically continuous mixes.

You can combine key and energy levels to really master the mix.

Mixed in Key actually analyzed top DJ sets from artists such as Skrillex, Armin Van Buren, Martin Garrix, and Calvin Harris and found that their sets consistently maintained energy levels between 6 and 9.

Discovering the energy levels of your track gives you a super-quick way to organize sets for maximum impact. It’s what the pros do – you don’t really need to say anything more than that!

Harmonic mixing is easier than it looks. Don’t be put off by the numbers, charts, and figures, etc, it’s simple and intuitive once you get started and begin to approach your mixes harmonically.

Experimentation is key – and the rules are also there to be broken to so don’t be afraid to try different transitions!

Remember, if it sounds great to you, it probably will to others too!